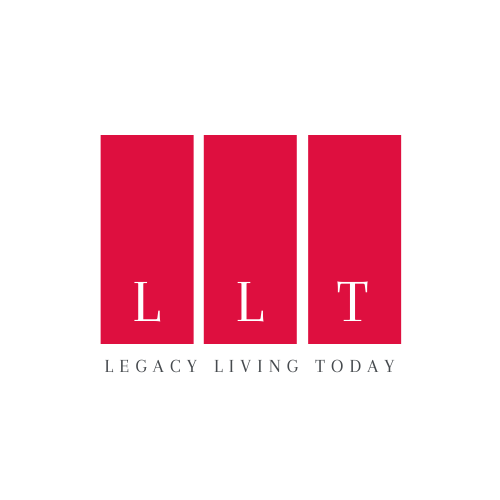 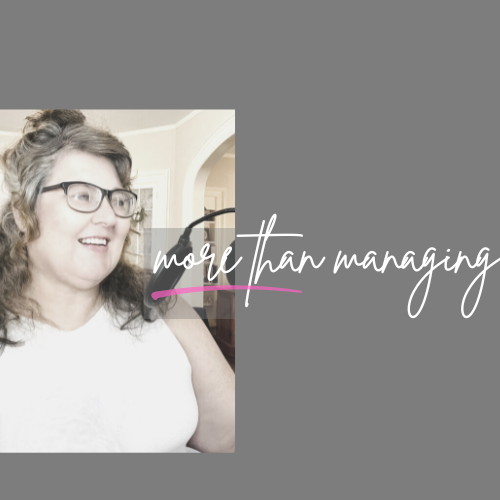 BIASES & BLINDERS THAT LEAD US ASTRAY 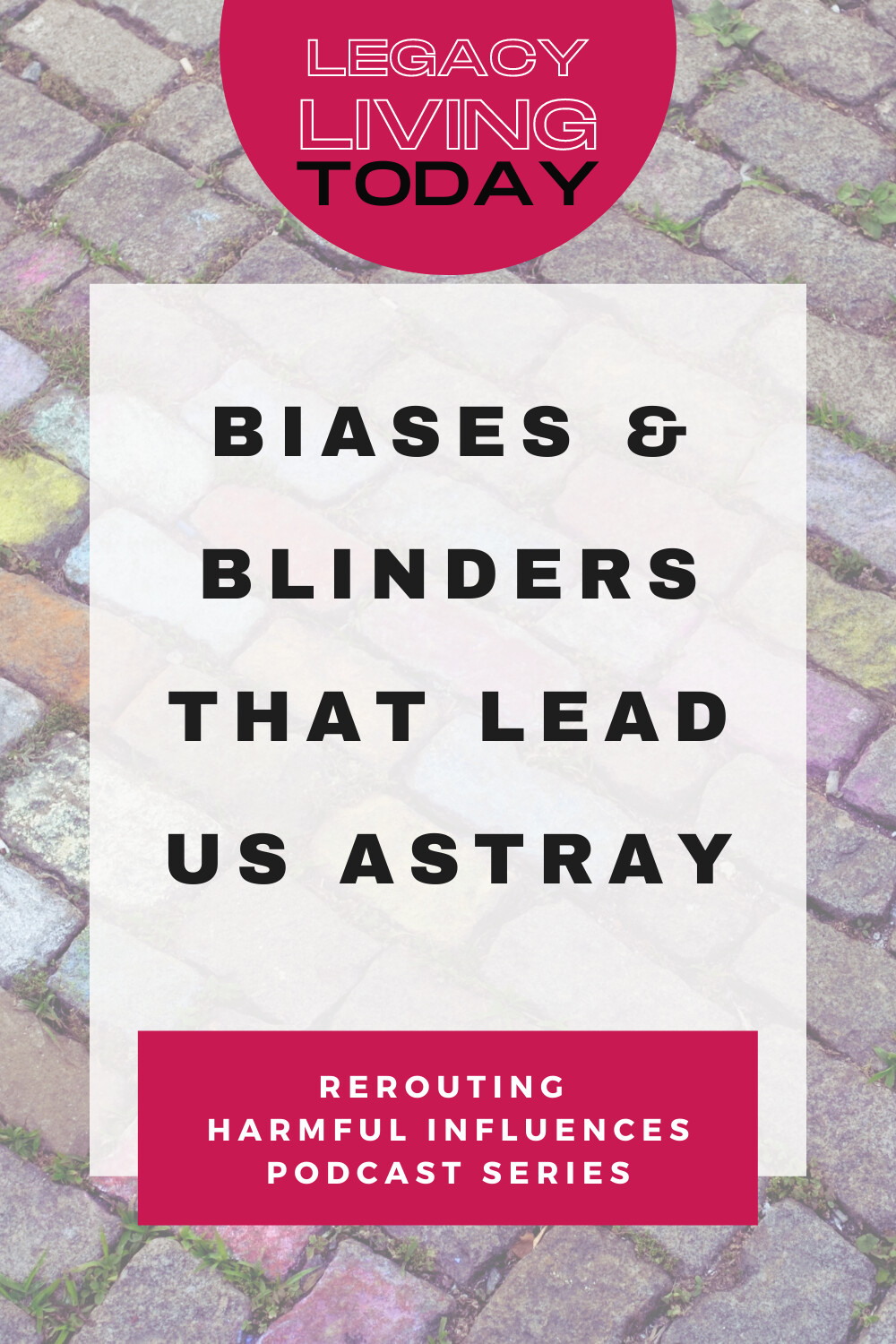 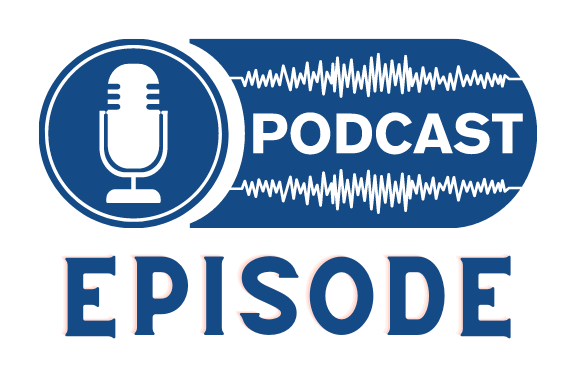 Biases & Blinders that Lead Us Astray

Welcome to the rerouting harmful influences series on Legacy Living TODAY with Dawn Baggett, that’s me.
In this final episode of the series I planned to talk about Biases & Blinders in our lives that can lead us into temptation and decision-making that gets us off our path of purpose.
You’ve probably noticed biases or blinders in other people which they, themselves, seem oblivious to. Of course the nature of bias is that it isn’t as easily recognized and acknowledged in the person who harbors that bias.
There are a variety of biases and blinders that we could mention here today. However, I recently learned about one in particular, with research demonstrating that in general we as individuals believe we have more restraint than we actually possess -- ultimately leading to poor decision-making.
Called “restraint bias”, it’s a type of over-confidence that can be dangerous.  Many of us want more confidence, but this type of confidence can knock us off our path of purpose rather than helping us push forward.
According to Wikipedia,
Restraint bias is the tendency for people to overestimate their ability to control impulsive behavior. An inflated self-control belief may lead to greater exposure to temptation, and increased impulsiveness. Therefore, the restraint bias has bearing on addiction.
Have you ever experienced a situation in which in hindsight you realized you’d been over-confident in your ability to resist temptation?  As you think back, was there a point in which you could have opted out of the situation that brought you face to face with that temptation?

So what do you think? Do you think it’s better to avoid temptation in the first place whenever we can?  It may seem like mincing words.  And to some extent it may be –  as the two words, avoid and resist, are often used interchangeably.
Of course there are going to be temptations that we cannot avoid facing. We can view temptations as a slippery slope where it's best to get off at the first opportunity or it gets harder and more dangerous as we slide into more and more treacherous terrain.
I think of entertainment choices for example.  How often do people choose to allow themselves the input of unsavory content in movies, video games, music, etc. and blow it off as not influencing them?
What about those addicted to (or susceptible to) alcohol, drugs, pornography, etc? Yet they delude themselves into thinking they can resist strong temptations and repeatedly expose themselves unnecessarily when they could have stayed away from the bar, gotten an accountability partner, blocked explicit sites, etc.

Can you think of less obvious cases of restraint bias?
People are sometimes surprised at the vulnerability of Christians to temptation.  But we all still have a human nature that wants control.  Getting over-confident is a sure path to restraint bias and letting our guards down. And it does not demonstrate wisdom. In fact, it is foolishness to knowingly and unneccesarily put ourselves in places of temptation.

the discipline of self-restraint 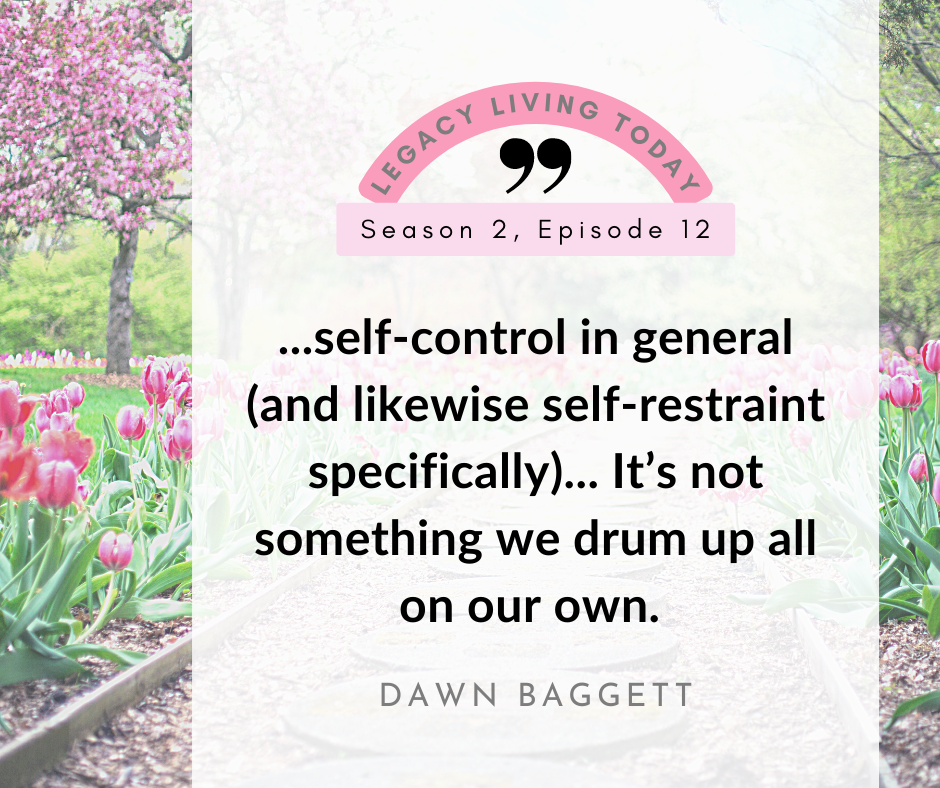 Also, one person’s weakness may not be a problem for another.  So we need to recognize our own vulnerabilities as well as human vulnerabilities in general to guard against.
For me, I need to be aware that bringing a boatload of sweet snacks in my house may be too much of a temptation for me.  If I need to bring some sweet snacks home for others I can choose an amount that will be eaten soon (mostly by others!) and/or something that others in the household like but that I don’t. It’s so much better to just avoid the temptation than to convince myself that I’ll just turn up the ‘ole willpower.  If I say no in the store, then I won’t have to try to say no multiple times at home.

“For the grace of God has appeared that offers salvation to all people. It teaches us to say “No” to ungodliness and worldly passions, and to live self-controlled, upright, and godly lives in this present age…” – Titus 2:11-12

“But the fruit of the Spirit is love, joy, peace, forbearance, kindness, goodness, faithfulness, gentleness, and self-control. Against such things, there is no law.” – Galatians 5:22-23

We WILL face temptations.  There’s no avoiding them all.
The Bible teaches us to resist temptation.  Let’s take a quick look at how Jesus resisted temptation in the desert wilderness after 40 days of fasting.

How did Jesus resist temptation?

In short, Jesus effectively shut each temptation with appropriate Scripture that spoke directly to the temptation presented.

Action Step for You & me:

I’m not so good at memorizing.  Are you? But as we can see, knowing and memorizing Scripture is an important discipline and key in preparing to resist temptations and one that I want to cultivate. Do you have some Scripture memory tips to share? Share your best memory tips with me. I’d be delighted to hear from you!
Has your role recently morphed to that of family caregiver, whereas it was simply mom, wife or daughter?  As family caregivers we can be extra vulnerable too.
See the LLT blog for this episode’s show notes and for access to my free Family Caregiver Stress Assessment!
And if you’re ready to apply for your 1-1 coaching session.
Like this episode? Share it with a friend & rate the podcast on Apple Podcasts or Spotify so more people will see it. And be sure to subscribe so you don’t miss the next episode of Legacy Living TODAY.
As always, thanks for stopping by
&
Let’s choose to Live Legacy -  every day - God's way! 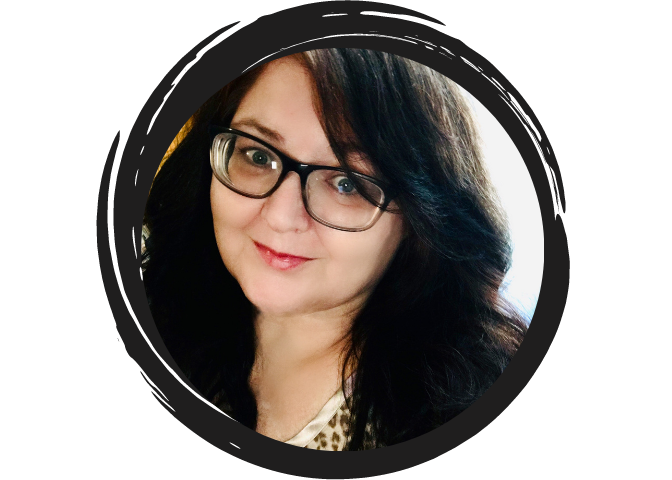 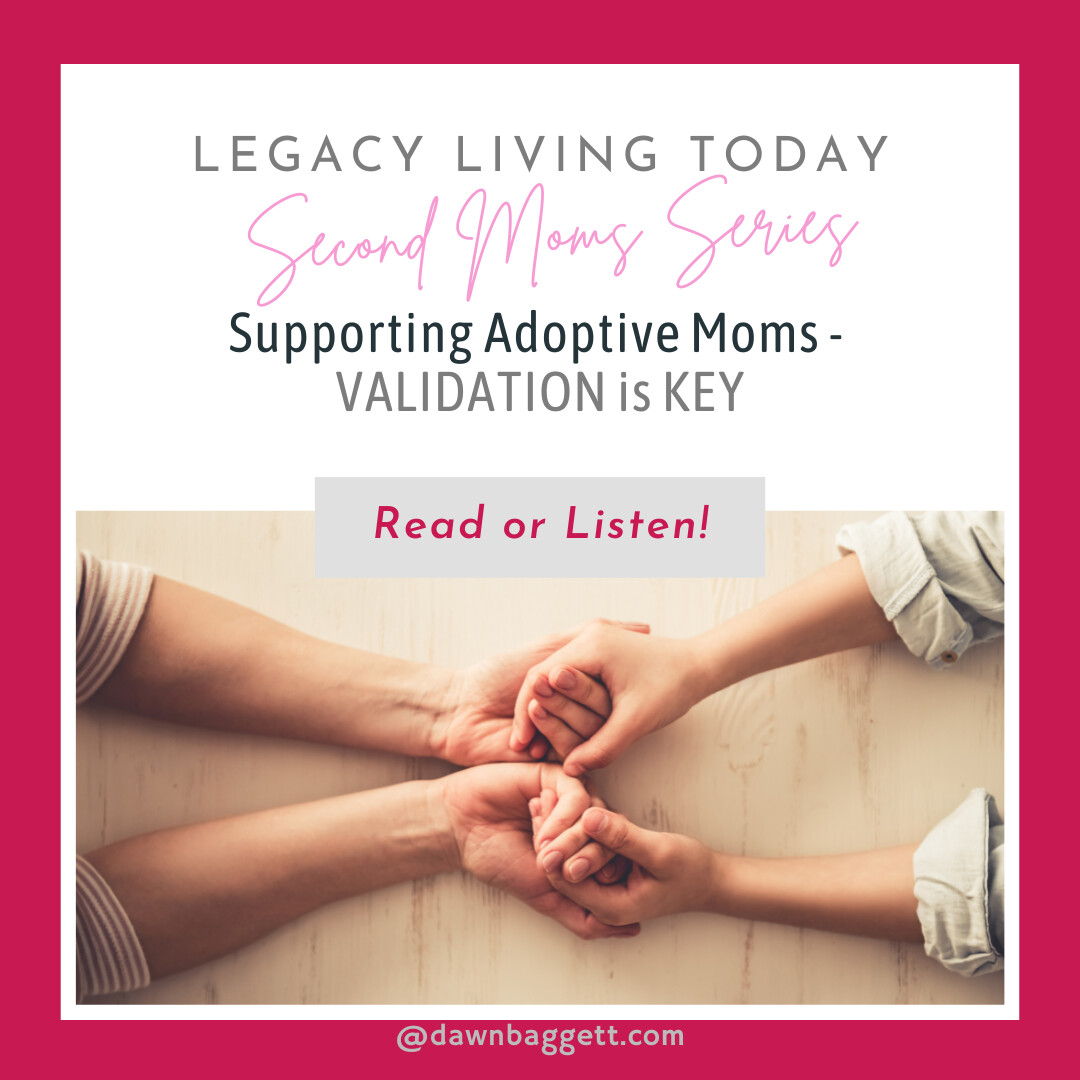 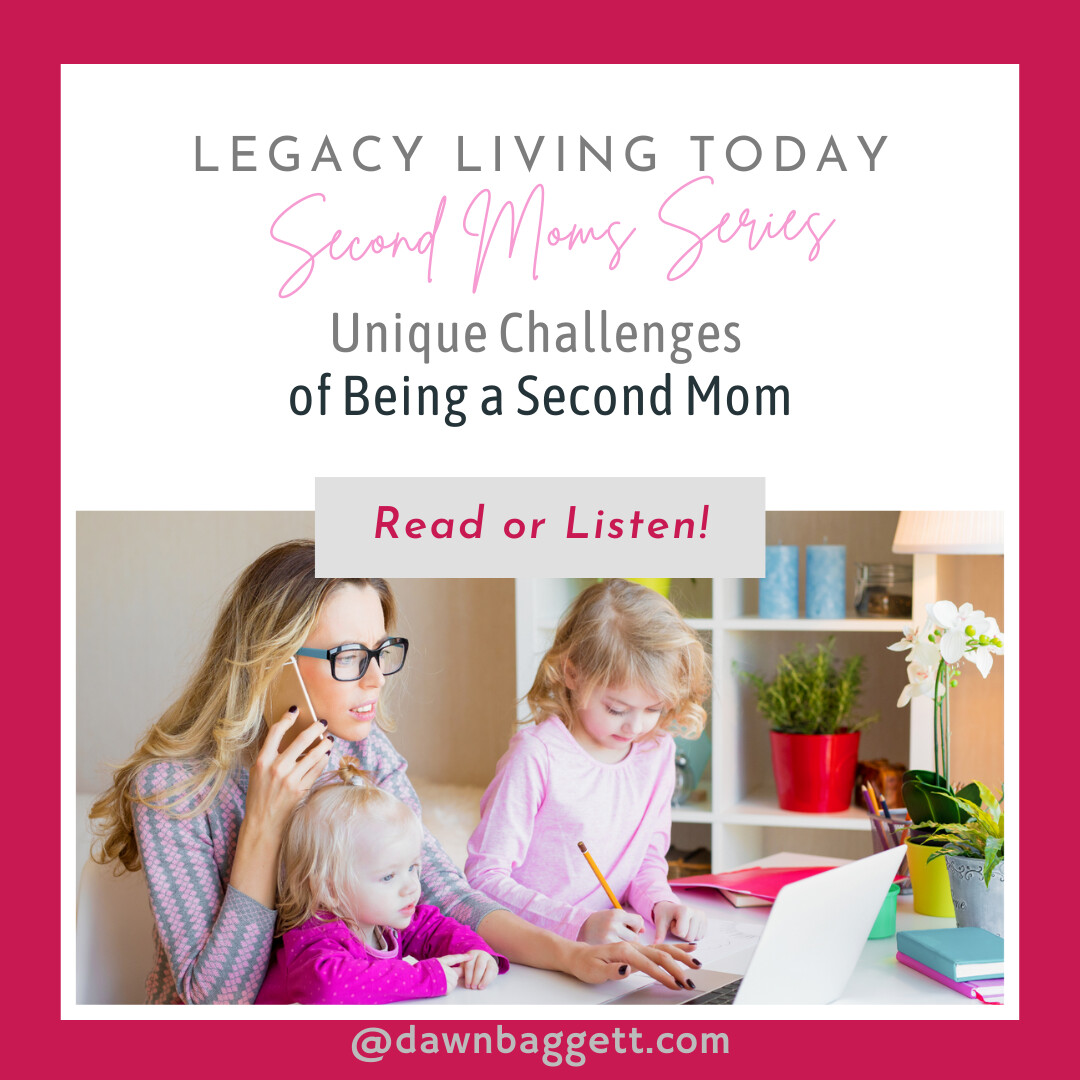 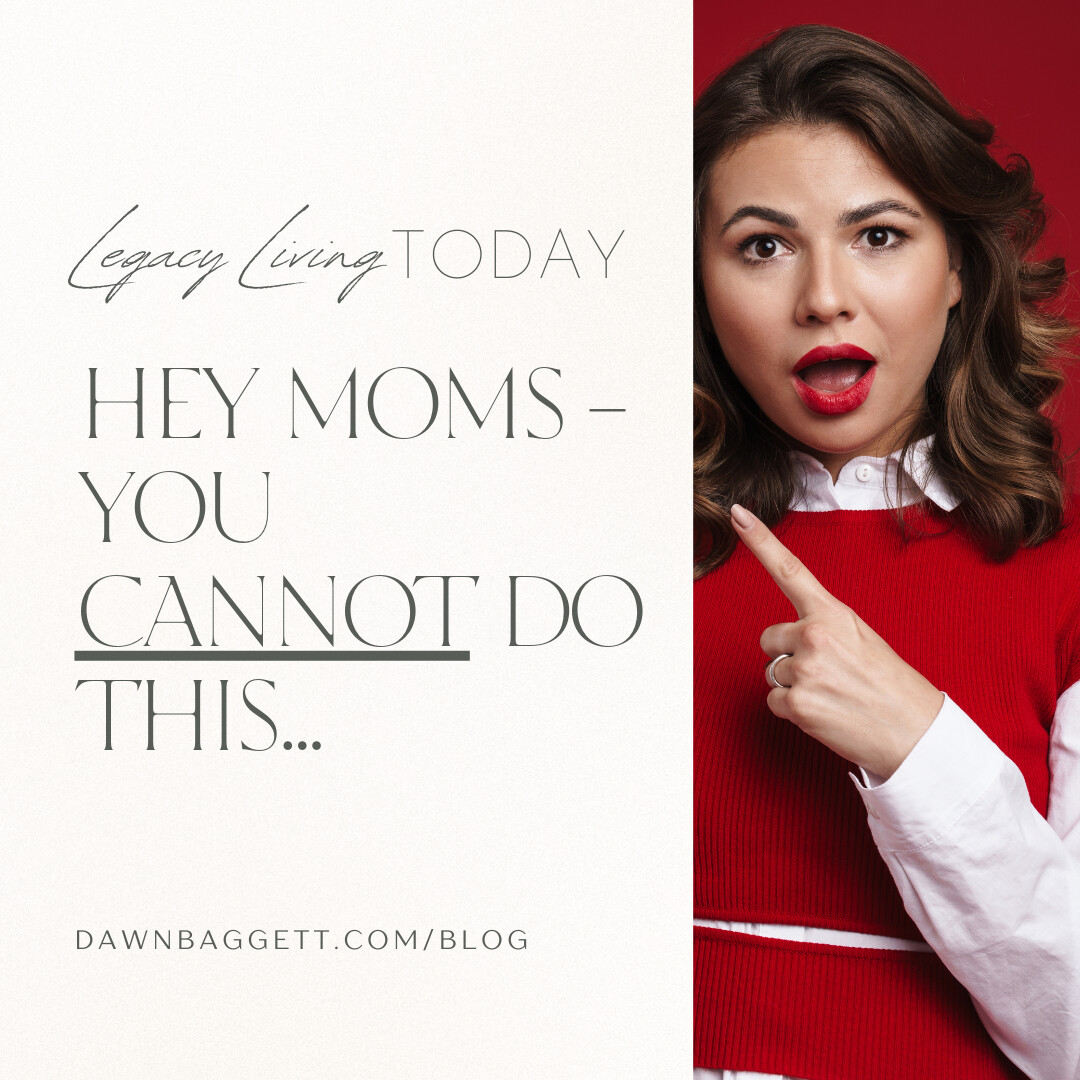 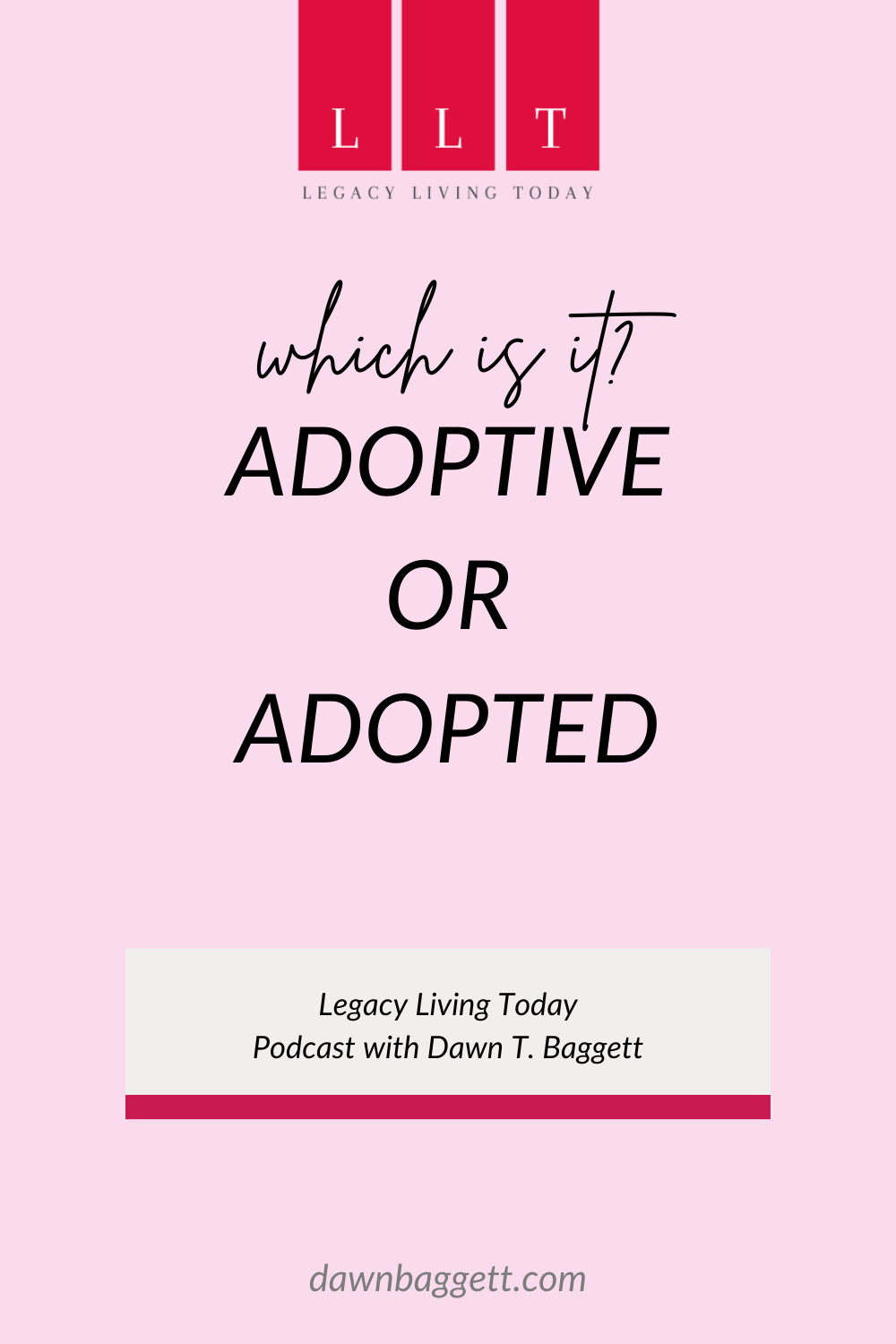 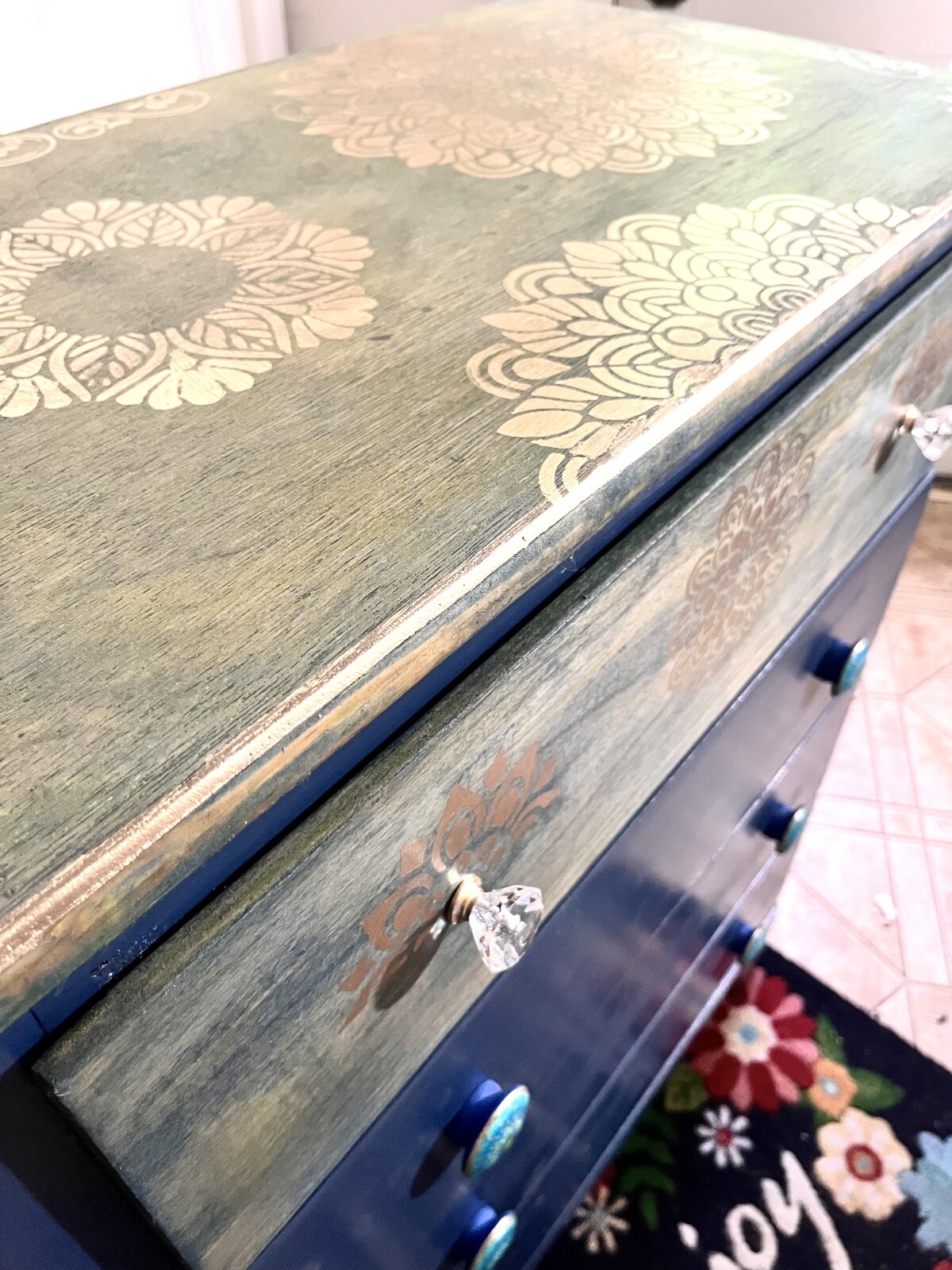